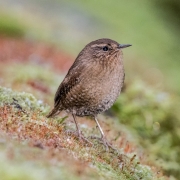 The good news is that during the past two days I’ve added back-to-back ticks with the Steller’s Eiders and Common Pochard, bringing my year-list total to 840. The bad news, is that the storage people at Anchorage airport have ‘lost’ my bag with scope and winter clothing. That will not be a helpful element out on Adak Island over the next few days, but I continuously live in hope, and with the right mindset, I’ve found that things usually tend to work out OK.

In any event, I like the resonance of the nice rounded value of ‘840’. Even if there are no new birds to come during the last week of 2019, I’m happily surprised with the current total, and more than willing to spring for a new set of licence plates when I get back home – upgrading from my three-years-old ‘ABA 835’ plates. 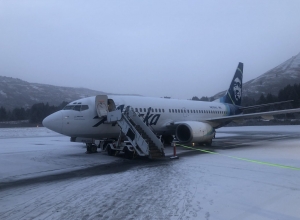 It took a couple of scoreless hours, but was fun to watch this flotilla of Steller’s (STELLAH!!!) Eiders alternatively diving, more or less in unison, then popping up to the surface like champaign corks every half minute or so. God knows what they were doing down there, but they clearly have the synchronisation thing down pat. I understand that the species is in frightening decline – buffering the fun out of the experience somewhat.

Lots of Emperor Geese resting in the the Gulf of Alaska, just a few kilometres from the metropolis of Kodiak. They have a McDonalds, you know. 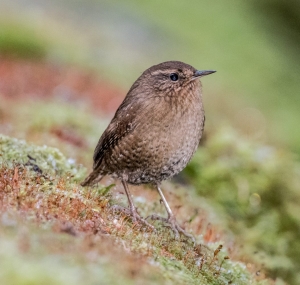 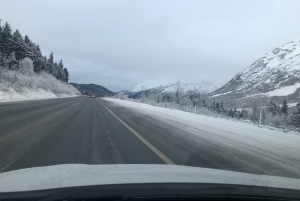 The drive from Anchorage to Seward, hoping the Common Pochard that Sulli Gibson spotted 18 hours earlier would hang in there, with snowstorm closing in. 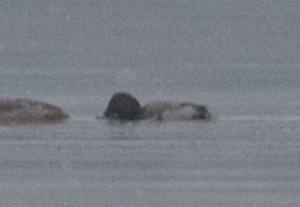 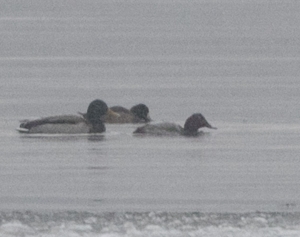 A long way from shoreline for a guy with no scope contending with a screen of falling snow,  but still discernible. It didn’t hurt that several other scoped-up birders were on hand to clarify matters. This species represents my 840th ABA species for the year. Holy cow. 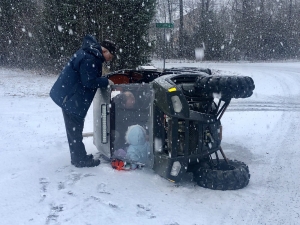 We were first on hand for this little mishap, just after leaving the Pochard stakeout. One of the two beautiful little girls on board had an injured foot – which hopefully will not prove to be as bad as it sounded.

A White Christmas on Adak Island
Scroll to top