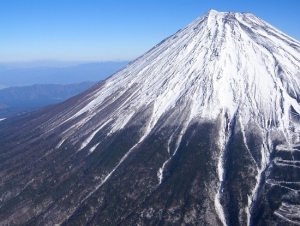 The Japanese have a saying: “A wise man climbs Mt Fuji once during his lifetime – but only a fool climbs it twice”. As somebody who actually has climbed Mt Fuji twice, I get that. 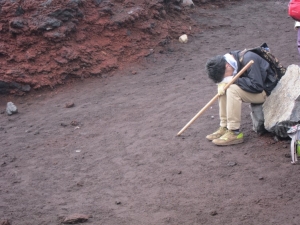 But really, two ABA Big Years within a four-year period? Few birders have opted to climb that mountain twice, even within a wider time frame – a notable exception being Sandy Komito, who smashed his own 1987 ABA year-listing record with an epic second run in 1998. ‘Couples’ Big Year birders, Gaylee and Dick Dean are presently on the road (2018) for the second year in a row – and making a great time of it. 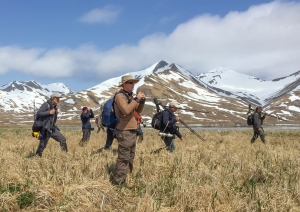 I can’t speak for the Deans or Sandy, but my own decision to hit the ABA birding road for a second time follows a stubborn sense of unfinished business. It’s not that I ran out of time during 2016, but more a reflection of how I spent the year. By pushing myself as hard as was necessary to finish the year with a record year-list, I missed out on many opportunities to immerse myself in the sorts of nature explorations that had characterised my two Australian Big Years (2012 & 2014). I began the year with a ‘bang’ of low-sleep hyperactivity, and never really stopped burning the candle at both ends.  My guess is that at least a third of the efforts (and funds) I expended over the course of the year were required to achieve the skinny five species margin that got me over the line and into the record books. Given a choice this second time around, that ‘third of total efforts’ will be applied to birding and nature exploration rather than low-odds twitches, and wildly erratic and expensive travel patterns. Believe me? 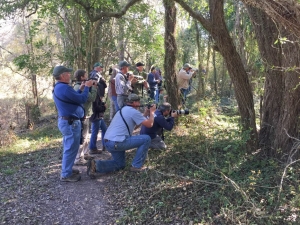 Typical ‘stakeout’ birding  – the  birding paparazzi paying respects to  a wayward Flame-coloured Tanager in south Texas  – a species that is normally confined to Mexico southwards to Panama. Once detected, vagrant birds like this one will more often than not stick around for two or three days – long enough to draw birders from far afield, emitting a magnet-like beacon to regional year-listers.

Whilst my second year (2019) on the American birding trail will most likely deliver a fresh set of physical and emotional curveballs, the plan this time around is to swing much more selectively, maintaining a focus on the birds, rather than the scorecard. 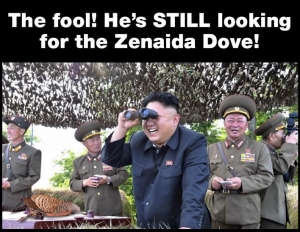 As evidenced in recent times, the comradery of birding nations can be shaken when the antics of irreverent foreigners are allowed to intrude upon the sanctity of ABA Big Year birding.

Photographic Big Years – the shape of things to come?

In his recent article The Next Big Thing: Laura Keene’s Photo Big Year in the August 2018 issue of Birding Magazine*, Greg Neise predicted that photographic big years of the sort conducted by Laura Keene in 2016 may soon overtake the traditional big year format in the ABA area as a preferred option for ABA year-listers. I’ve been thinking along the same lines for some time now – for a number of reasons. Laura’s astounding result of 792 photo-documented bird species totally blew away earlier records, and exceeded my own 2016 photographic total by a wide margin. In support of the proposition, I’d venture to say that with a photographic mindset (even if this ultimately means ‘camera first, bins second’ – traditionally a birding sacrilege), there would be relatively few species encountered by the Big Year birder that cannot be captured by the magic digital box. 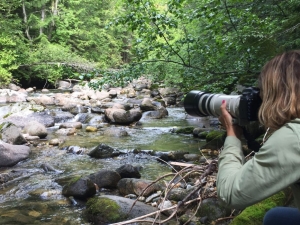 Birding photography guru Laura Keene in the wild. Her ABA record 792 photographed bird species was  a reflection of her experience and steely determination.

That Laura has recently challenged me in the friendliest of ways to have a crack at her photographic big year record has crystallised my thinking about 2019. A focus on photographic results in favour of some of the craziest of twitching opportunities will undoubtedly lead to a deepening of my American birding experience. One positive outcome will be the upgrade of a ‘sound recorded only’ approach for many nocturnal species, to proper visual encounters – a much more difficult (and rewarding) task. This shift in emphasis during my year ahead is entirely consistent with my previously expressed intention to bird without field assistance from guides or other savant birders whenever possible (a big exception being Attu!).

I like Greg’s vision for the future of ABA Big Year birding. Whether or not any records are broken during my 2019 efforts, I’m definitely going to have a lot more fun this time around. 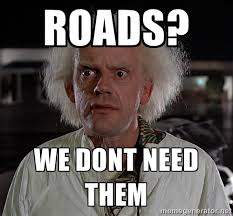