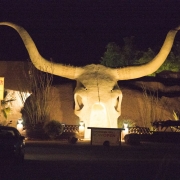 Although not an outwardly (or in any other way) smart strategic choice, I opted to swing by Arizona for a few days, rather than two or three potential rarity chases. I only had a few days to play with prior to a quick run back to Australia. On the plus side, it was great fun, as always, to bird in my favourite US State. Following are a few shots of the sites and birds. 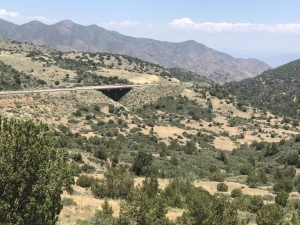 Beeline Road heading north from Phoenix to Mt Ord for Gray Vireo, Black-chinned Sparrow and Juniper Titmouse, as per three years ago almost to the date. Results this time were more mixed. 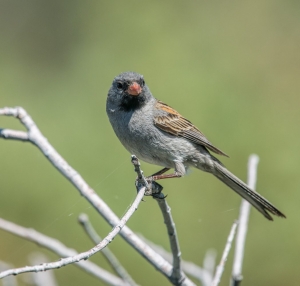 My old friend – Black-chinned Sparrow seemed to be waiting for me at Mt Ord. Its song is akin to dropping a b-b (as in b-b gun) on a china plate, with increasing rapidity between pings. 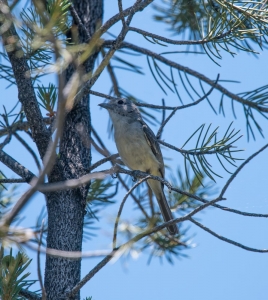 Gray Vireo was a bit tougher than last time at Mt Ord, but worth the effort. 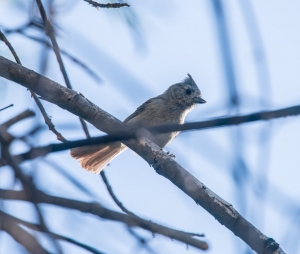 After striking out at Mt Ord to the northeast of Phoenix, I visited Seven Springs – due west, but requiring a round about drive back to Phoenix, and got lucky with Juniper Titmouse. 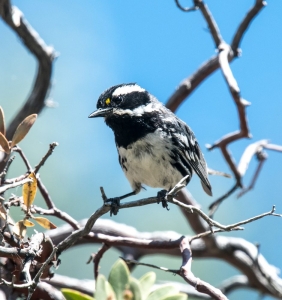 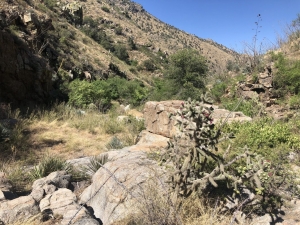 Box Canyon, in the Santa Rita Mountains south of Tucson has been on the birding radar lately due to a resident pair of Five-striped Sparrows and a nesting pair of Lucifer Hummingbirds. I found the sparrows without too much drama, but the hummingbirds took a return a couple of days later. 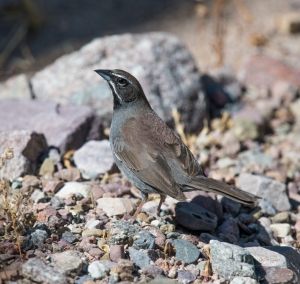 The most elegant of Sparrows – the Five-striped Sparrow seems to be moving northwards in its breeding range, which apparently used to be confined to below the Mexican border. 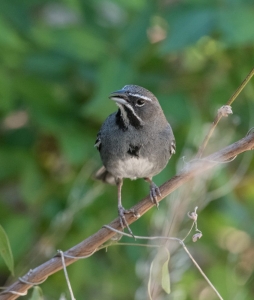 Ahh, so THAT’S why its called Five-striped Sparrow. 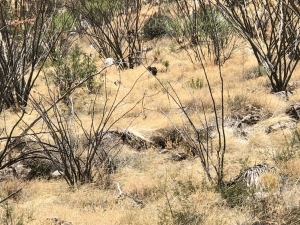 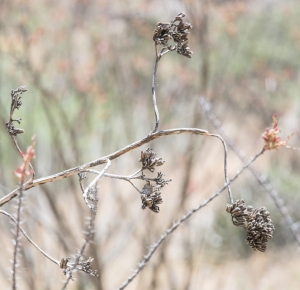 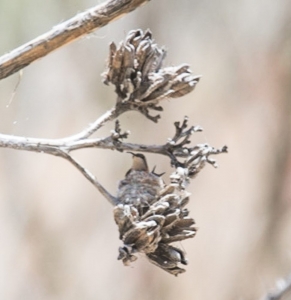 Oh! there it is, squeezed into a nest with at least two kids to boot. Mama Lucifer was on the nest when I finally spotted it – thanks to specific information and a photo of the particular shrub from Laura Keene, who’d recently been to the site. 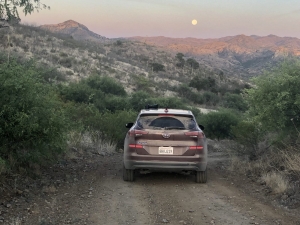 The beautiful drive to California Gulch, Arizona, just north of the Mexican border. Thank you Mexico for selling the best part of Arizona as the Gadson Purchase in 1854 to the US. American Birders and Snakers alike will be eternally thankful. 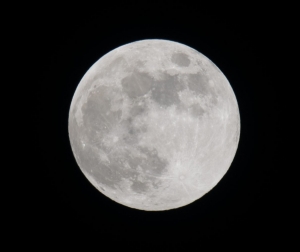 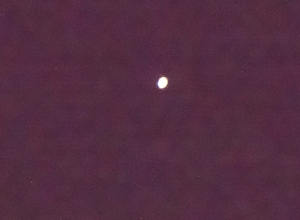 Not the moon, and not Haley’s Comet; the reflective eye of target bird Buff-collared Nighthawk. My K-mart flashlight and inept photographic effort wasn’t able to facilitate an image of the feathered parts of the bird. I nearly panicked when none of the nighthawks called during the first hour of darkness, but the silence was eventually broken. I experienced a much more boisterous individual about a mile along the road heading back towards Tucson. 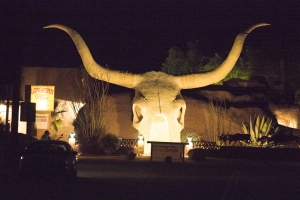 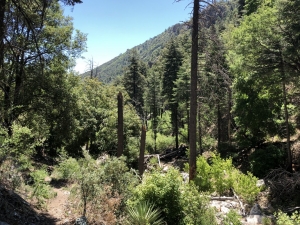 Miller Canyon, above the Beatty Ranch, where I spent one night. 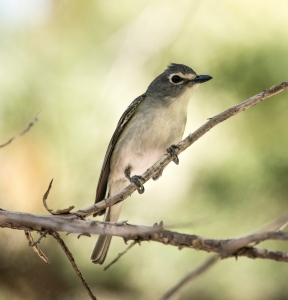 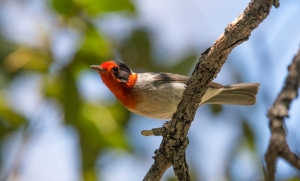