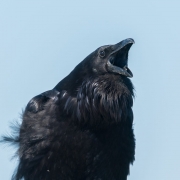 After returning to Anchorage from the big mission that was Attu, I wasn’t sure where to go next. The unfortunate truth for year-listers is that there’s only one Springtime. Its impossible to be everywhere, and with Attu chewing up three of the biggest weeks for this peak period, the remaining Spring rush was always going to be tough to accomplish. Staying a day in Anchorage to twitch the long-serving Falcated Duck hanging out just south of town was a no brainer. It seemed too late to do much good with Asian vagrants at the ‘other’ Alaskan  islands – St Lawrence (Gambell) and St Paul, but it wasn’t too late for the traditional Spring birding event that is Nome, Alaska (and the wider Seward Peninsula of western Alaska, for the must-get resident specialty birds, and the chance that something unexpected may show up. And that’s what happened. Although in the midst of numerous well populated birding groups, including Johnny P’s Zughenruhe outfit, VENT, and Wings, I hired a car and did my own thing. As these groups, and other birders similarly going solo, or more normally in pairs are traditionally friendly and cooperative in sharing information about the details of rarities encountered, I did manage to land one spectacular Code 5 rarity that was initially found by one of the birding group leaders: Gray Wagtail. I also saw, and for the most part managed to photograph, most of my other target species, though I dipped on Northern Wheatear, and didn’t see any Bluethroats (but had already photographed one a week before in Attu).

I’m presently on a flight heading south from Anchorage, but thought it best to post some images and abbreviated description of my nearly three days in the Alaskan gold rush town of Nome, where I enjoyed terrific weather during 21-hour days, and was totally blown away by the spectacular scenery while exploring all three of the outward roads for their differing bird treasures: Council Rd, Teller Road, and Kougarok Road. 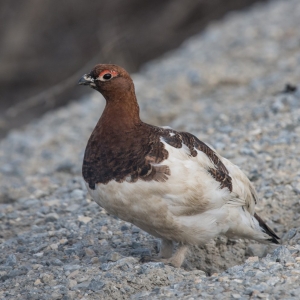 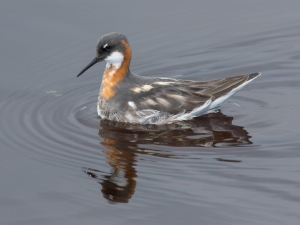 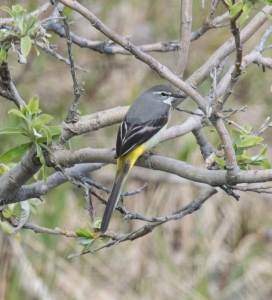 Bird of the trip – Gray Wagtail. Just a few miles out of town at the Nome River, hanging out under the bridge. This species is also a vagrant rarity in Australia, where I’ve seen it on remote Australian territorial islands in the Indian Ocean. 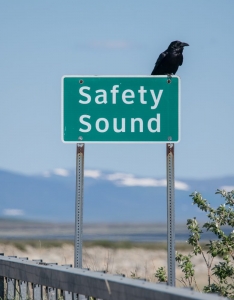 Safety Sound – a true birding Mecca, only 20-odd miles out on the Council Road. This Raven, and a mangy fox may be the same two characters I was greeted by when I was last here, 3 years ago to the week. 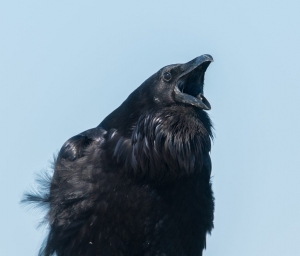 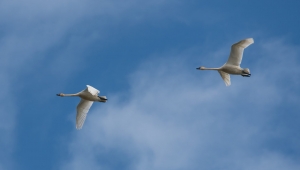 Tundra Swans accumulate in the area each year in the hundreds. 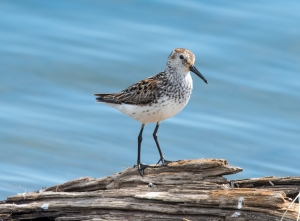 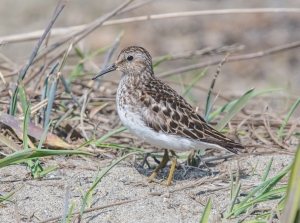 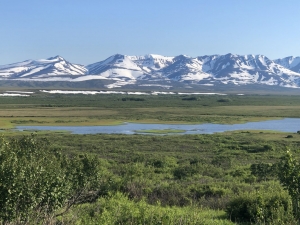 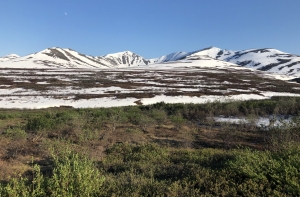 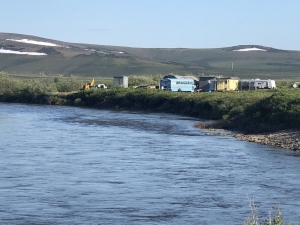 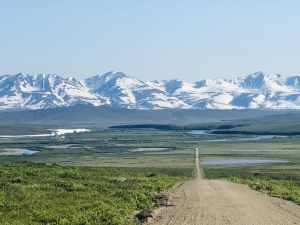 I can certainly appreciate why serious American birders so often make the pilgrimage to the Seward Peninsula. Miles and miles of highway, with nary another person to be seen. 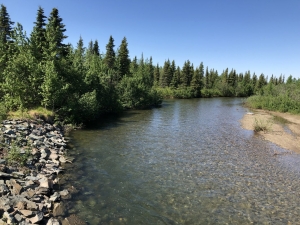 Way up the Council Road, where, after a tip from Johnny ‘two forks’ Puschock, I chased down a pair of Rusty Blackbirds. I then sweated the return trip through the majestic 72 mile drive to Nome while the the dashboard warning system advised I only had enough fuel to travel 66 miles. I made it, and just made it to the airport in time for my 8:30PM flight to Anchorage. 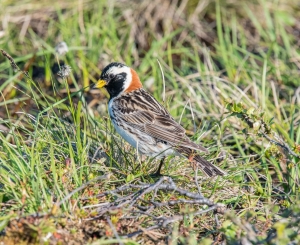 Lapland Longspur may be common throughout the Alaskan migration hotspots, but what a beautiful character. 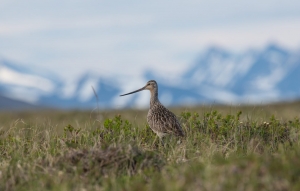 I was worried that Bar-tailed Godwit was turning into a nemesis bird for my year on the road, but found a cooperative female beauty up the Teller Road – round about 10:30PM. 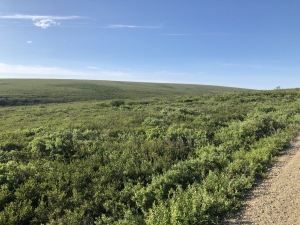 This is the view up Coffee Dome – to the left, where visiting birders most often search for nesting Bristle-thighed Curlews. 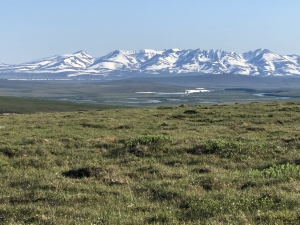 View down from Coffee Dome, while standing in ‘the’ place to find nesting Bristle-thighed Curlews – anywhere in the world. 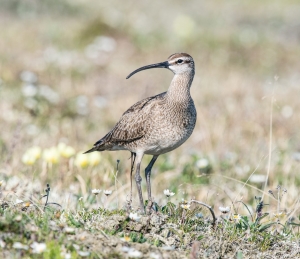 Fool’s gold! When is a Bristle-thighed Curlew in the Alaskan high country tundra not a Bristle-thighed Curlew? When its a nearly identical Whimbrel. Toned down colour and contrast on body, and the familiar machine-gun paced flight call I know well from Australia. Both species breed on Coffee Dome and surrounding hills, and the unwary birder can goof up an otherwise successful mission by peaking early. I saw four Whimbrels before encountering a Curlew. 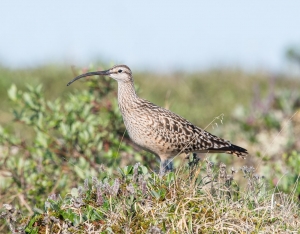 The real McCoy. Bristle-thighed Curlews breed exclusively in western Alaska, then high-tails it to warm Pacific islands including Hawaii with the onset of winter. Note the warmer and more clearly speckled colouration, and rufous rump/tail feathers that are more easily noticed in flight. 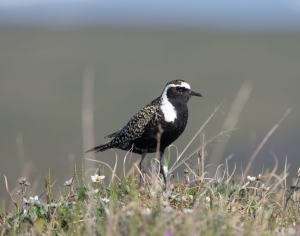 One of North America’s most striking birds – a male American Golden Plover in Breeding plumage. Wow.

This great idea is implemented widely along likely swimming spots in the Nome region.