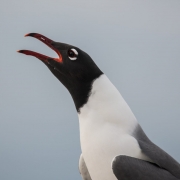 There are two ways to see American migratory songbirds: travel far and wide through the US and Canada while keeping a sharp eye out for birds on their final nesting grounds, or intercept dense compliments of birds at key staging areas along the principal migratory pathways. The best known of these Spring migration hotspots is the northern coastline of Texas, where overnight transits of northbound species from the other side of the Gulf of Mexico sometimes drop in for a rest and a chance to refuel. When climatic conditions during the trip are difficult for the birds, the birding action at well known sites, including High Island and Sabine Woods can be spectacular. Although I had great results during my 30 March – 5 April visit to coastal Texas, when I saw impending northerly winds for the region predicted, I shot back for a second visit from the 17h to 20th of April. I wasn’t disappointed. On Wednesday, the 17th, there was a reasonable diversity and density of actively foraging species. A predominantly southerly breeze meant that most of the long-distance travellers were able to clear the Texas coastline and keep going, on the long voyage to breeding grounds as far north as Canada’s northernmost lands. Same story on Thursday morning: a few of the same individual birds from the previous day were still racing around feeding ferociously, and a new crop of various species had replaced the birds that had moved on. The birding was fun, but without anything new for my year-list. But, around noon, I noticed a wind change – first as a gentle breeze from the east, then as a reasonable wind from the northeast. It was like magic: not too much action along the Sabine Woods paths, until about 3PM, when  I started noticing that Northern Waterthrushes seemed to be everywhere – and species I hadn’t seen previously, including Blue-winged Warblers, Black-throated Blue Warblers, Black-throated Green Warblers, Blackburnian Warblers, Tennessee Warblers and Ovenbirds were suddenly present. 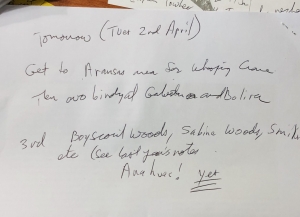 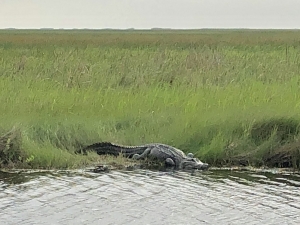 The alligators of Anahuac NWR are relaxed about intruding birders, and pass winters chilling out, while warming up, burning very little energy. 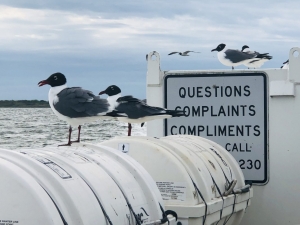 Any more laughable suggestions? The ferry from Galveston to Bolivar Flats 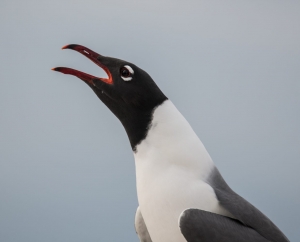 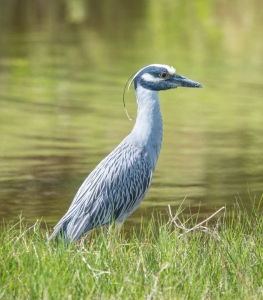 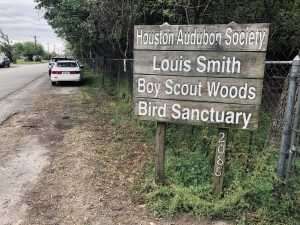 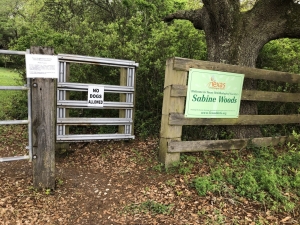 Sabine Woods, the stuff of dreams. 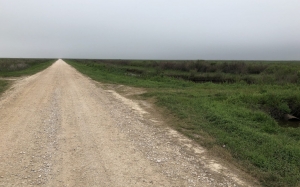 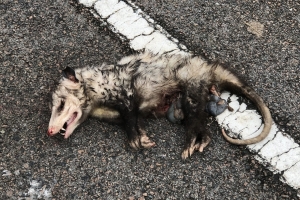 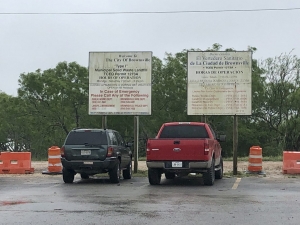 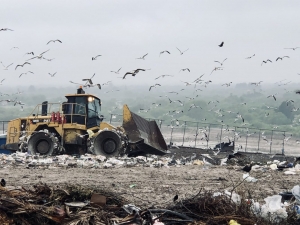 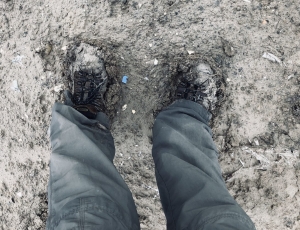 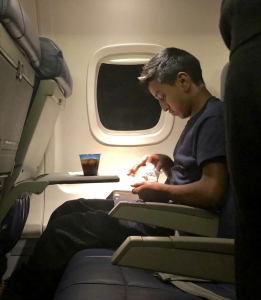 This kid was on my flight somewhere in sth Texas. The plane was battered around by turbulence shortly after takeoff – and I winked and made the rosary/cross/catholic thing across my chest – you know, the ‘spectacles, testicles, wallet and watch’. He cracked up. 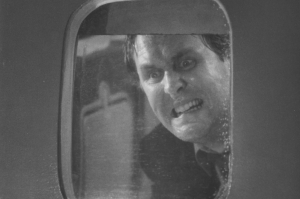 Texas birds – I don’t have time to write anything much about them! 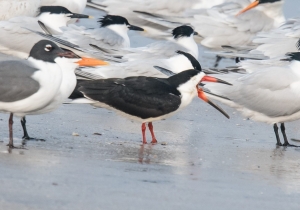 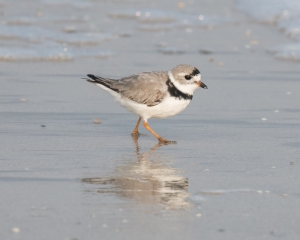 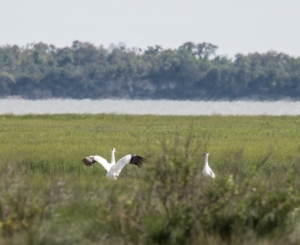 Probably the last two Whooping Cranes to fly north from south Texas for the summer. 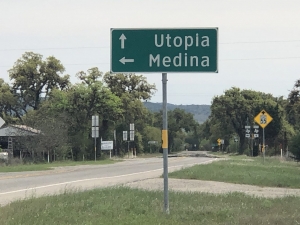 Heading into the hills country of Texas for two specialty birds. 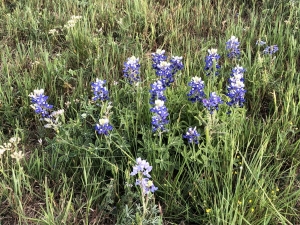 Texas Bluebonnets – a sure sign of Spring – and the arrival of Golden-cheeked Warblers and Black-capped Vireos. 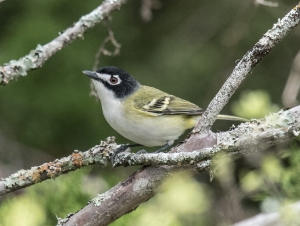 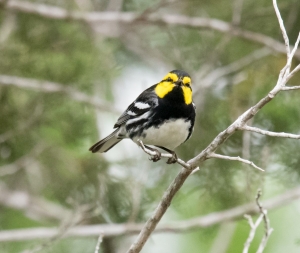 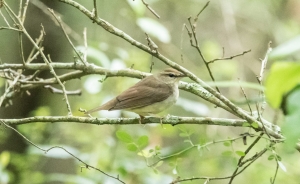 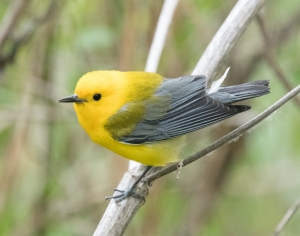 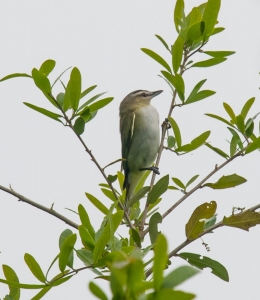 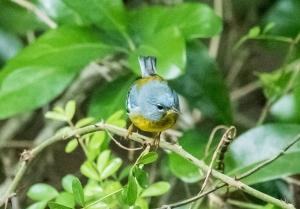 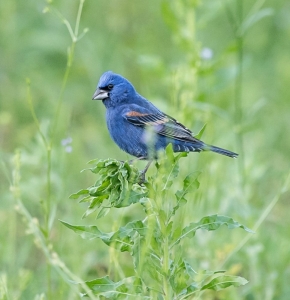 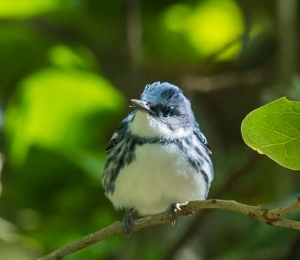