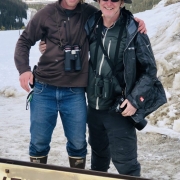 Colorado memories. My dad has had two spectacular careers. The first was as a Urologist in the US Army, during which time his young, then not so young family traveled the country, as well as Japan during my middle school years. After ‘retirement’ following 20 years of decorated service, including wartime stints in Viet Nam (of which he published a book), Dad then had career number two: 40 more years of saving lives as a Urologist and popular teaching Professor at the University of Kansas Hospital in Kansas City. He retired just three years ago as one of the best known and most respected surgeons in his field.  During Dad’s three year Denver stint, at the close of his military service, I attended high school in Denver, then went on to University of Colorado on an athletic scholarship. I have many many Colorado memories, and always enjoy return visits. 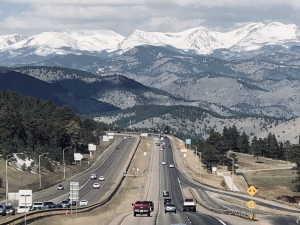 My Dad used to drive the family up this highway most Saturdays of the winter for skiing. Nothing’s changed really, though it surely has for anyone and everyone who had the foresight back in the 70’s to invest in any aspect of the ski industry. Massive accommodation developments march on in the vicinity of the major resorts. 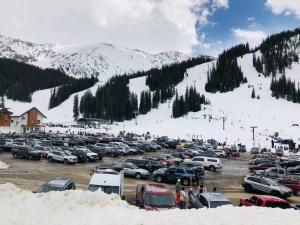 Loveland Ski area. Or was it Keystone? 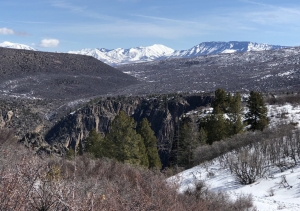 Black Canyon of the Gunnison National Park. During most years Dusky Grouse can be found wandering around the picnic/camping area. This year however, huge snowfalls covered all grounds favoured by the grouse. This species, along with Boreal Owl eluded me, and will somehow have to be found later in the year. 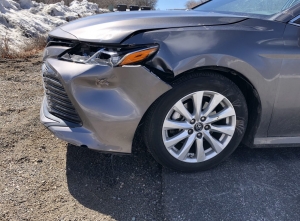 Deja-vu. I nailed a Mule Deer not so far from where Murray and I terminated one three years ago – almost to the day. Perhaps due to the absence of sufficient predation/hunting pressure, there are staggering numbers of ‘mulies’ along the major traffic ways of the western slopes of Colorado. 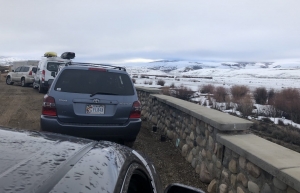 The worst (by far) chicken run stop is the must-do Gunnison Sage Grouse lek, managed by the Colorado wildlife agencies. It seems to be the only ‘authorised’ viewing place, though the birds, if you are lucky, are over a half-mile away. What makes me cranky is that the literature produced by the agency clearly indicates a belief that birders are a factor in the species’ decline. Forget about the vegetation clearing and intensive grazing pressure – its the birders freezing in their deer-damaged cars from 4AM til early light. I guess the birds see the glint of telescopes (not really possible to see them with binoculars) and surrender the will to live. 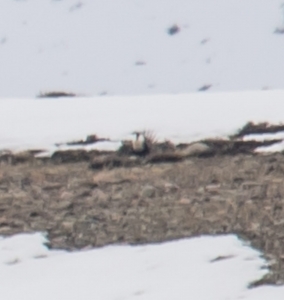 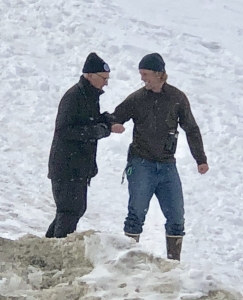 Upon my arrival to Loveland Pass, crazy high in the Rockies, before beginning my search for White-tailed Ptarmigan, I benefitted from the intel gained by departing birding group led by my good mate Christian Hagenlocher. Here Christian, always the gentleman, is assisting one of his group members down the slippery bit just above the carpark. 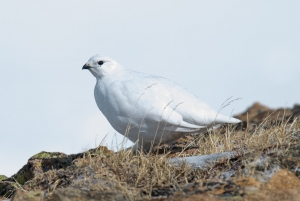 White-tailed Ptarmigan – right where Christian left it for me. You can’t see the wind – it was powerful. My hat blew away, and rolled/flew many hundreds of metres, and was unretrievable. 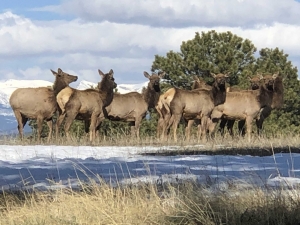 Small herd of tame Elk at Genessee Park not far above Denver. I stopped at the park on the whim of maybe picking up a Williamson’s Sapsucker, though there hadn’t been any reports of the species yet for the year. 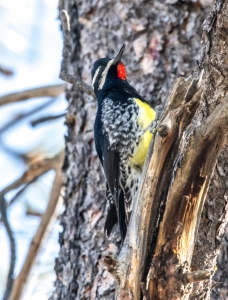 Williamson’s Sapsucker! I heard its territorial drumming and came a-running. A really beautiful bird that I’d thought a lot about in my planning for the year. 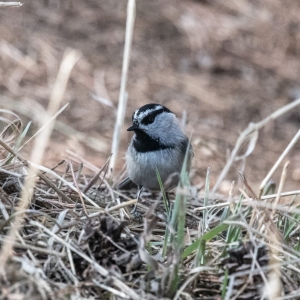 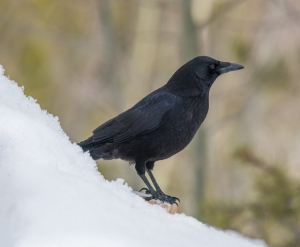 American Crow. Note the various field marks that clearly differentiate it from other Corvids. 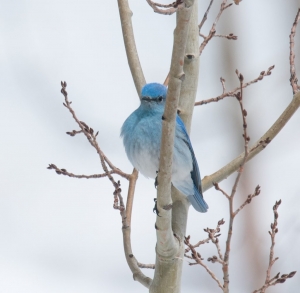 9 April Home on the Plains
Scroll to top