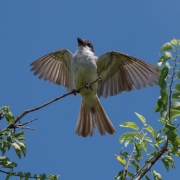 Since returning on 21 July from my fourth family-related whirlwind Australian visit of the year, I’ve been focussed on getting back into position for a shot at upping the ABA Big Year record. I’ve clearly been dragging well behind my insane 2016 pace, due not only to periods of absence, but other factors including a much slower ‘first winter’ season for rarities than happened during the first couple of months of 2016, and a less-than-feverish pace of travel. still, I feel that if I play it fast and smart from here on in, I could still be in the money. What will be required is a reasonable Fall season for Alaskan vagrants (i.e. some %#@!  westerly winds for a change while I’m out on Gambell and St Paul for an otherwise painful two months), and an influx of southern vagrants in Texas and Florida during this year’s second winter (November and December). So far as the Hawaiian component of my game plan, I’m presently trying to get a four-day October pelagic trip out of Hawaii organised. If I can find a couple of more participants, I feel that I could add up to a half-dozen seabirds to my year list that are otherwise unlikely. Either way, I’m confident of substantially topping my 2016 Hawaiian total of 52 species. But talk is cheap – we’ll see.

Robyn joined me in Los Angeles on the 28th of July for a two-week period of twitching for a few rarities, and a whole bunch of  common species that should have been on my year-list months ago. After picking Robyn up at LAX, we bee-lined to Dana Point to the south, for a late-afternoon search for the immature Nazca Booby that had been roosting intermittently at the end of a stone jetty amongst hundreds of cormorants, gulls and pelicans. After parking the car we soon encountered a couple of birders with scopes, who told us, yeah, the bird WAS on the jetty until about an hour ago, but someone decided to walk along the jetty to close proximity for a closeup photo, and the bird flushed, heading off to parts unknown. I continued looking around the coastal area, and even walked out on the jetty – far enough to see that the booby wasn’t on the back of the seawall, but not close enough to make any of the birds nervous. During this search my iPhone battery died. That was too bad, as the birders I’d met a couple of hours earlier tried several times to reach me to let me know that the bird had returned around 7PM – at the FRONT of the jetty, where I hadn’t bothered looking any more before sunset. Crikey.

All’s well that ends well, and upon our return to the Dana Point jetty the next morning, Robyn and I were able to see that the Nazca Booby – a lifer for both of us, was front and centre, back in its usual roosting position – at least when not out at sea feeding. That gave us plenty of time to head back to LA, and attempt to find at least one of the 22 Surfbirds that had been counted along the canal at Marina Del Ray adjacent to roller-haven Venice Beach. As the momentum continued building, I soon found the birds – all 22 of them, roosting on the stone seawall, right where they were supposed to be. This gave us plenty of time to hop on an early afternoon flight to Tucson, to chase a couple of rarities, and a good number of common species. 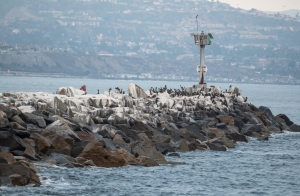 The back of the Dana Point Seawall where an almost-mature Nazca Booby has been roosting amongst a throng of cormorants, gulls, and pelicans. 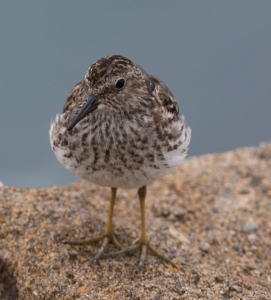 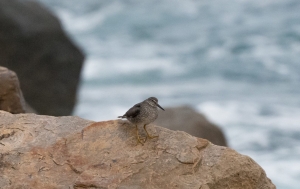 Wandering Tattler – a nice addition to my ‘Lower 48’ year-list. 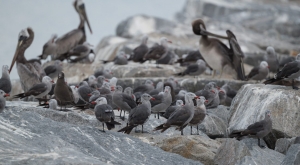 Heerman’s Gulls – my favourite Gull species, in good numbers. Note the odd and slightly disturbing growth? emerging from chin area of a couple of individuals. 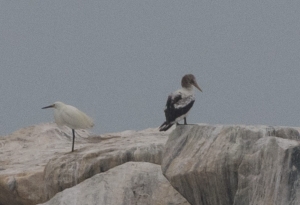 The gang of 22 Surfbirds that decided to stick around Los Angeles this summer, rather than migrating north with the masses. 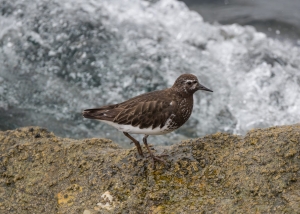 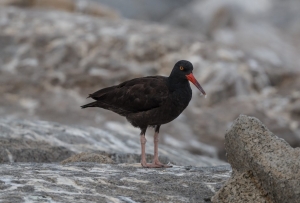 Once in Tucson, we drove to the beautiful Chiricahua Mountains a couple of hours away, hot on the trail of a pair of fledgling Spotted Owls that had been hanging around a known campsite. We arrived at 9PM, and had hardly locked the car before the vocalisations of several Spotted Owls caught our attention. This was always going to be a tough species to find, with the Miller Canyon birds seemingly going AWOL during the last two years. 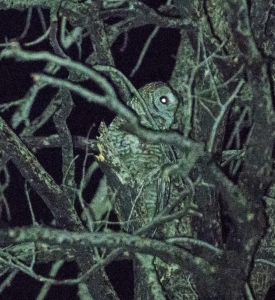 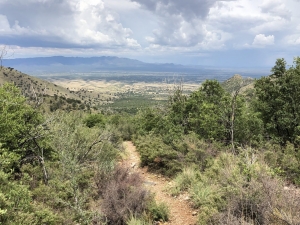 Hunter Canyon trail on the way up – after getting soaked by a monsoonal rain. 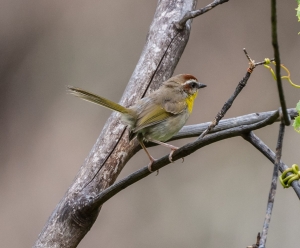 At last – a Rufous-capped Warbler ! The nemesis-bird of 2016 finally surrendered at the lower section of the pine forest a bit less than a mile up from the carpark. I had unsuccessfully devoted five missions, average maybe three hours each, to finding this bird. Relief. 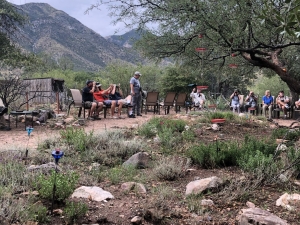 The gallery awaits the Plain-capped Starthroat and/or White-eared Hummingbird that had visited the feeders of Ash Canyon B & B. Although we weren’t lucky enough to see either, we enjoyed the other hummers, and the hype. Founder and longtime owner Mary Jo sadly passed away recently, and all of the American birding community are hopeful that this precious resource is somehow preserved. 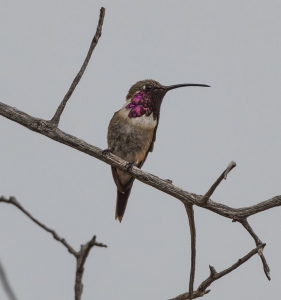 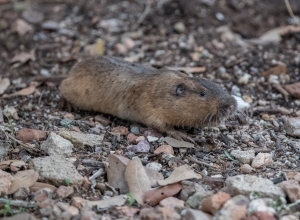 Best thing I saw at Ash Canyon B & B hummingbird feeders/stakeout was this incredibly cute little fellow: Pocket Gopher. I wish I’d taken video of its busy-bee activities, which included as much high speed reverse action – into its burrow, as forward related explorations at the feet of seated birders. 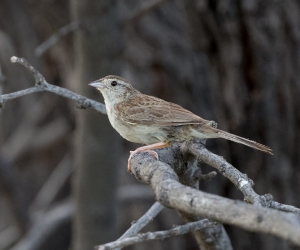 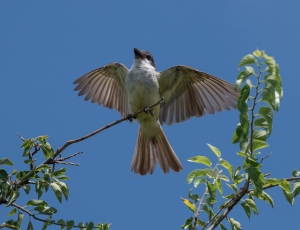 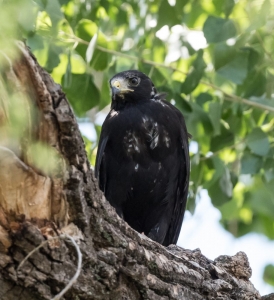 Over the next couple of days I tidied up a range of Arizona birds I needed for my year-list, before hopping over to San Antonio, then Uvalde, Texas, for my second attempt of the year for a Mexican Violetear – having missed the first bird by only an hour or two. This species is notorious for hanging around feeders for just a few days before disappearing. We were lucky – and had time to drive six hours west to score Buff-breasted Sandpiper at a turf farm. 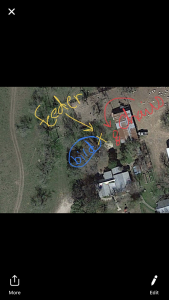 Mud map of the location for a Mexican Violetear from the generous owner of the Ulvalde property. 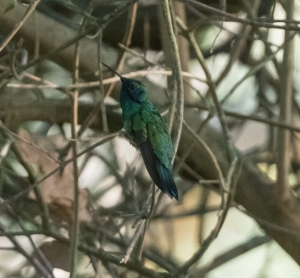 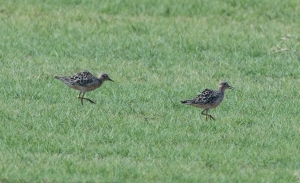