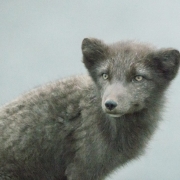 After ‘the greatest half-day of ABA birding ever’ (so far as I’m concerned, at least!) in the hallowed Gambell boneyards on Monday, 9 September, and an additional day on the island during which time it became apparent that winds had become unfavourable on Gambell for attracting additional wayward Asian migratory birds, I decided to follow Paul Lehman’s advice that developing weather on St Paul Island made it a better bet over coming days. I made my way back to Anchorage on afternoon of 10th in preparation for the next thrice-weekly flight to St Paul (Thursday, 12 Sept). This gave me a night in the Anchorage areas to search for that elusive nocturnal spook – Boreal Owl. I put in a big night, the fifth one this year, once again without an appreciative peep from this so-called ‘common’ ABA species (Code 2). How I’d like to be included in the next organisational discussion about the aims, structure, criteria for inclusions and content, of the rarity coding system from this birder’s perspective. Perhaps there needs to be three categories for the birds currently in Codes 1 and 2; with revamped Code 3 being for birds that are reported often enough on eBird – but only because they are intensely chased – birds like Arctic Loons and Boreal Owls! This would work nicely for inclusion of existing Code 3 natives in Hawaii – they would stay Code 3, where I wonder if they really do at present.  Most of the birds currently regarded as Code 3 would go to Code 4. If 6 codes for extant birds is too much, then combine present criteria for Codes 4 and 5 to just one: Code 5. Yeah, I know, everybody’s an expert, right? 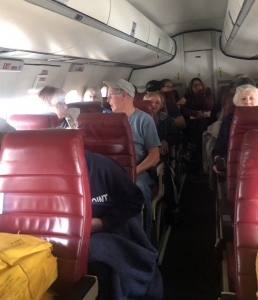 The plane from Anchorage to St Paul Island. Everyone in the shot was part of an organised group of birders from Ohio. 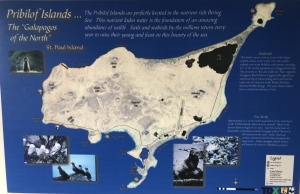 I still reckon that the island map is a dead ringer for a rubber chicken on the hoof. 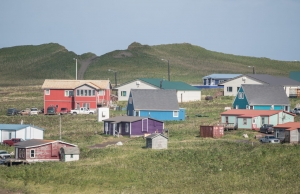 A veteran of three previous St Paul missions (one earlier this year for the superstar Long-legged Buzzard and White-tailed Eagle, two during 2016), there were no surprises on my arrival.  I was met at the airport/motel by native corporation (TDX) contracted island nature guides – birding superstars Sulli Gibson and Alex Harper. The local fellow who rents cars on the island was away on holiday, so there wasn’t really any option but to join in a van-full of independent birders guided alternately by Alex, Sulli, and third musketeer Mark. A big organised group of Ohio Audubon Society birders arrived on my plane, and would stay for four days, occupying two vans, and two of the three leaders. This worked out fine from my perspective; our group of five was picked up each morning at sunrise (9am)- most often by Alex, with whom I felt especially simpatico, due to his intense focus on the mission of finding rare birds. We were returned to the King Eider ‘hotel’ at sunset, about 10pm, making for big days, mercifully broken up by lunch and dinner breaks at the Trident fish cannery cafeteria – which consistently serves up surprisingly great meals. Still, 11 hours of birding is hardly enough time to properly investigate all the historically most productive sites for staging/recouperating Asian migrants.

I’d made the rushed decision to make this unplanned trek to St Paul ultimately because of forecasts of strong westerlies coming in from Russia, beginning the 11th – my arrival date. The forecasts proved true, maybe too true. The westerlies were strong, consistent, and lasted four days. My theory is that the winds no doubt set many southbound Asian migrants off course and out to sea, but because they ran so long, and the first day of wind changed coincided with very foggy conditions, few birds had a chance to seek refuge on St Paul, and more likely perished at sea, or made it to the mainland Alaska coastline. We did have some good birds during my stay – but my only first-for-year birds were already on the island upon my arrival: numerous Sharp-tailed Sandpipers, and a Jack Snipe. During my stay, despite really putting in the effort, and stomping considerably more Puchkie growth on a daily basis, the only other rarities I connected with were already on my year-list: White Wagtail, Siberian Accentor, Red-flanked Bluetail, Olive-backed and Red-throated Pipits, and Common Snipe.

I enjoyed my stay on St Paul despite the absence of results approximating the ‘tick fest’ I’d hoped for. I got to mix with some great birders, had some relatively good weather to enjoy the spectacular scenery and unique native wildlife, and at least did add two birds to my Alaskan islands list. Recall that in 2016 my eight weeks on the islands was a near complete bust; Alaskan birding guru Paul Lehman labelled it the worst ever Fall season for Gambell, and St Paul was even worst. So my 12 island ticks so far for the Fall migration season has been just fine, by my figuring. I’m heading back to St Paul in a few days (Sept 29th – Oct 4), so watch this space for potential additional wayward Asian species to my year-list. 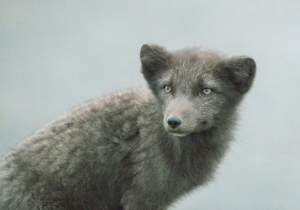 The introduced ‘blue phase’ Arctic Foxes are being regularly fed by locals, and are very cheeky. And very, very, cute. 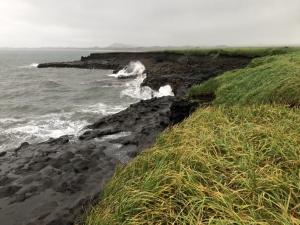 Awesome Maroonich Point (spell), always has the odd Grey-Tailed Tattler, and has yielded many additional rarities over the years. 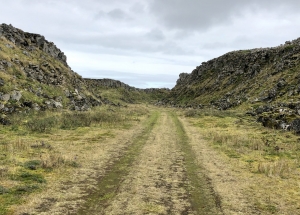 My favourite place on the island – the quarry. 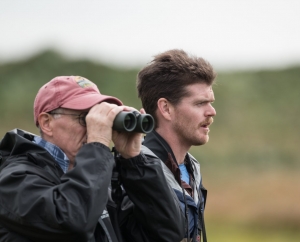 Alaskan birding identity James Levison on left (James Huntington is the ‘other’ James, as this James often explains), and leader Alex Harper, way in tune with the birds and the land. 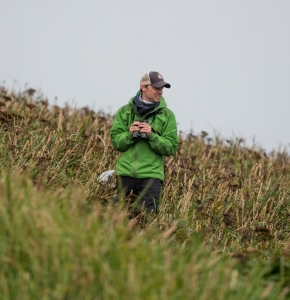 Sulli Gibson is the TDX birding guides boss, and has unmatched desire for finding rare birds, and uncanny abilities to do so. As in years before, the guides/leaders on the island are there mainly because they are insane Alaskan listers, just like the regulars that they guide. 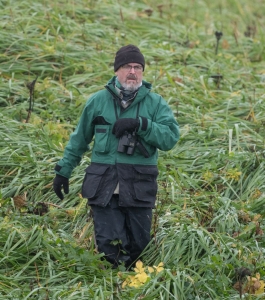 Keith Coburn, like me, was on the island despite the long grass and putchkie (celery) to find new birds for his life-list. 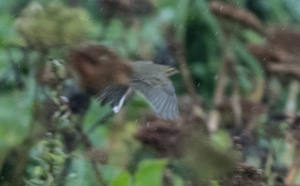 The big challenge on St Paul, as opposed to Gambell, is the infinite cover for waylaid, short term visiting birds to hide in. Usually it seems, somebody’s gotta get a photograph of the sneaky little so-and-sos when flushed. I seemed to be the only photographer on hand on too many critical occasions, hence we missed several potentially good birds. I sort of nailed this Red-throated Pipit, which broke the drought of missed shots. 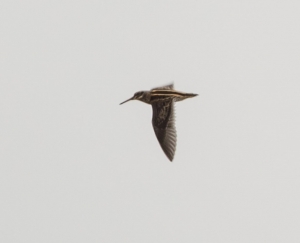 Sweet! This Jack Snipe was seen the day before I arrived on the island, but we couldn’t re-find it til my last day. Love it when a plan comes together. 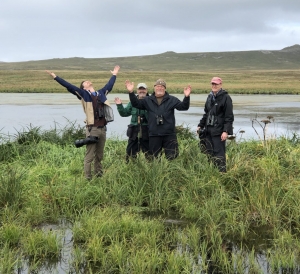 How sweet it is!!! Team Snipe after finally flushing the ghost bird of St Paul Island: Jack Snipe. This is just a few minutes after flushing a Common Snipe. Left to right Alex Harper, Keith Coburn, Wayne, and James ‘The other James’ Levison. This is what Alaskan birding is all about. Hell yeah. 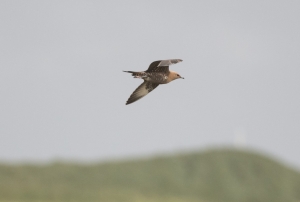 Not what we expected to see inland – Parasitic Jaeger. 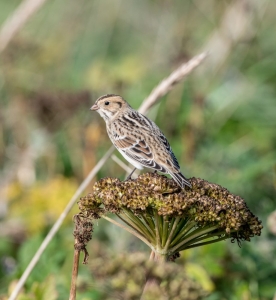 Lapland Longspurs make birding on St Paul (and Gambell) that little bit harder for me. They are everywhere, and in bad light or if distant, I still can’t be sure of ID via Gizz. 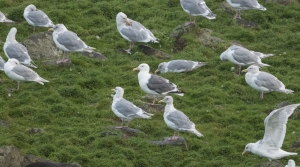 Odd man out: Slaty-backed Gull – a species I needed to photograph. 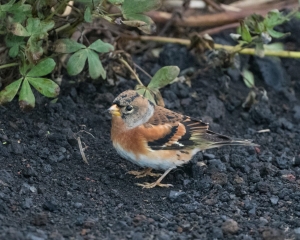 Brambling. We saw three or four.

Hey! I got a feather! All you got is some sort of old piece of wood that looks like a slice of toast. But it isn’t. Young Northern Fur Seals. 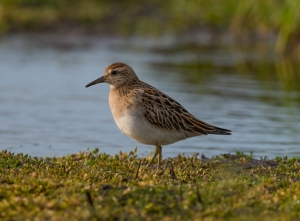 The other new bird for my year-list – Sharp-tailed Sandpiper. Most were young birds like this one, and in fantastic plumage. 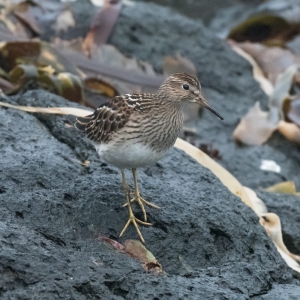 Poor man’s sharpie: Pectoral Sandpiper. In Australia, this is the rare one, and is never in such fine feather. Spectacular. 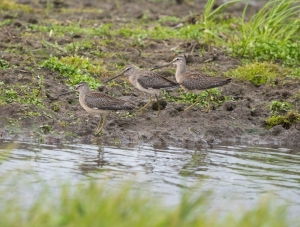 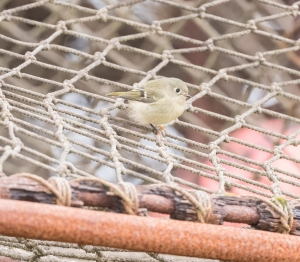 The famed crab pot stacks provide lost birds with the closest thing to a forest of trees that St Paul can offer. We saw a number of lost American birds in the pots – this one a Ruby-crowned Kinglet. 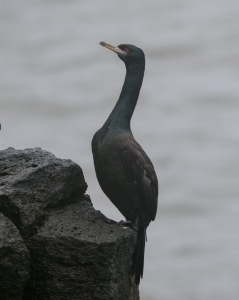 Red-faced Cormorant, about to fall backwards in embarrassment. 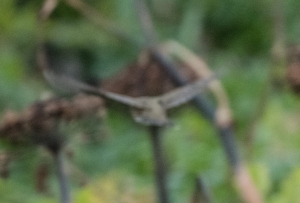 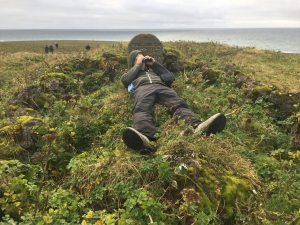 Not in good taste. But there were enabling accomplices.