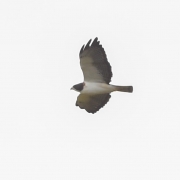 Still moping around with a flu, but now in sunny south Florida, where the achy, chilly, coughing symptoms seem out of place. Its been many years since my last bout of influenza – and I’d forgotten what a drain it can be to motivation. Nevertheless, I’m also feeling an early wave of the elation likely to surround the completion of any long-haul goal. Since picking out a Short-tailed Hawk from a whirl of thermal-riding vultures above Lucky Hammock about an hour ago, I reckon I’ve earned a day of kicking back in my three-star motel room with alternating sleep, laundry, audio book listening – in whatever order I wish.  I’ll also fiddle around with the settings on my new D7500 camera, following the incremental death of my favoured D850. The biggest difference I’ve noticed so far, is the far less spacious ‘view’ in viewfinder – clearly a massive advantage of full-framed cameras. It seems my first efforts with the new camera (today) were also inadvertently shot in jpeg, not RAW, so I’ll need to remedy that as well.

The Short-tailed Hawk puts my ABA year-list at 837 . It is likely that an additional ‘provisional’ species – Pallas’s Grasshopper-warbler that I saw in Gambell, Alaska three months ago can be added to my list in the fullness of time, but for now, the new ABA Big Year record stands at 837 + 1. Its been a long year, with plenty of the sorts of challenges that are always likely to impact upon such a big time frame. Once I’m rested up and less infectious, I’ll do my best to bump up the score by a couple of more species – we’ll see what the gods have in mind for this. 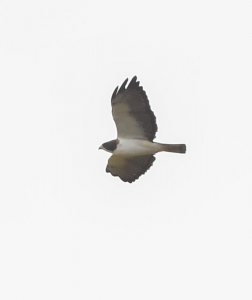 A beautiful light-morph Short-tailed Hawk – and new ABA Big Year record bird, skulking about in the mix of a hundred or so soaring Turkey Vultures, above Lucky Hammock, near Everglades National Park in Sth Florida. 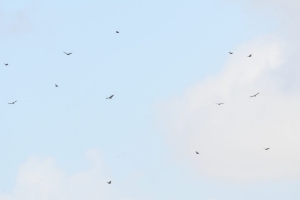 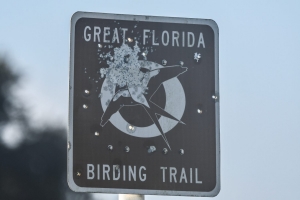 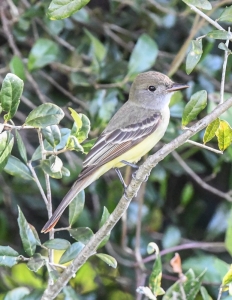