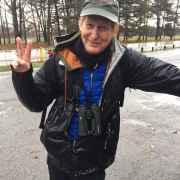 Not pretty, but I’ll take it. Everything that could go wrong has gone wrong these past five days of missing a Black-headed Gull mixing it up with 500-odd Bonaparte’s Gulls – barely discernible in non-breeding plumage. I ‘may’ have seen the target bird once or twice during this span – others nearby certainly did, but today I saw the damned thing good and proper as it set down on the water in a big flotilla of camouflage cousins. My camera, a couple of weeks post-drowning has steadily descended to near-death, but images below hopefully at least hint at the red bill-base, greater size, and lighter upper colouration that were more clearly visible with binoculars.

I celebrated the find, which represents my 837th species for the year – and an unofficial new Big Year Record, by finding a retail source for a new, relatively cheap replacement for my sick Nikon 850D, but won’t be sticking around long enough to try for better shots of the devil bird. The mission has been less than pleasant in recent days as I’ve tried to put aside flu symptoms that haven’t been mild. I feel quite ill presently, but wanted to get this blog out there. Going to head to warmer country tomorrow. 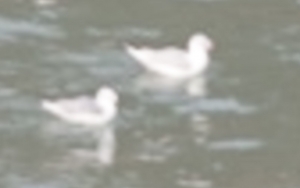 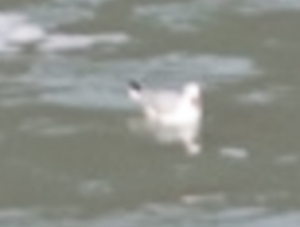 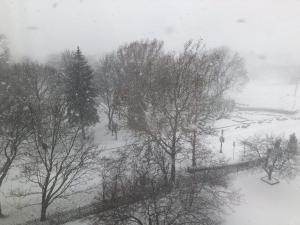 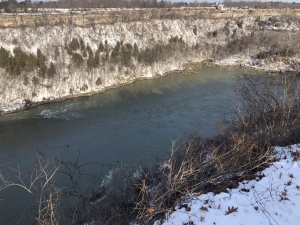 The view down to the Niagara River hangout of the gulls from the American side of the border. 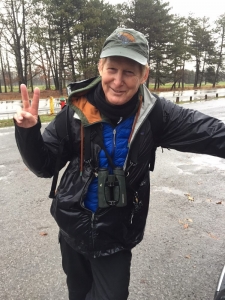 Get Shorty – and an ABA Big Year Record
Scroll to top