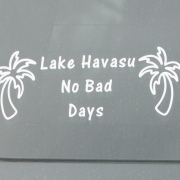 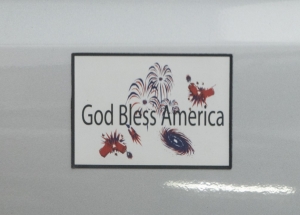 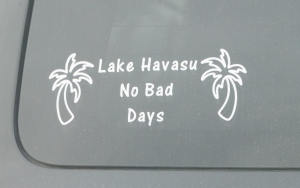 A quick PS to my down-mouthed Havasu update of yesterday. The good news is that my camera and lens were both resuscitated with the alternating heat and cold treatment throughout last night; the bad news is that I was unable to point it at any Nutting’s Flycatchers today, despite seven full hours of search along the Bill Williams River, where the species is thought to be resident year round, though as best as I can tell from the records, it could be that as few as one or two individuals only, have characterised sightings over the past five years.

I figured out today that  my ‘maybe heard’ Nutting’s yesterday was almost certainly an Abert’s Towhee – they are thick on the ground, and a part of their call repertoire is at least remotely similar to the much sought after ‘wheep’ of the much-wanted, but notoriously shy Mexican flycatcher. 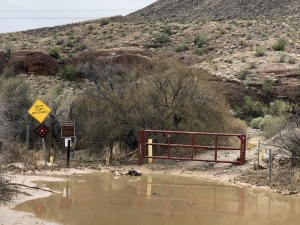 This time I approached the Bill Williams River Reserve from the southern, easier access, though this made for a much longer walk to the cluster of four or five locales of Nutting’s Flycatcher sites of the past few years. Conditions were unusually wet.

It was a tough day of crashing through briars, and stream wading to access each and every location of the Nutting’s reports of the last five years. Its not so much the physical exhaustion and nagging back issues that weighed me down, as it was the fact that I spent seven hours hoping for the bird to show up – not so much because I wanted to see it, but admittedly, ashamedly, because I wanted to get the job over and done, so as to be somewhere else. It’s the sort of self-defeating bad attitude that American school kids call Spring Fever.  The country I traversed today would have provided a fascinating challenge at any time earlier in the year. The task of seeking out a rare flycatcher would have made it a wonderful adventure. Conditions were ideal – not hot, cool but not cold, overcast, and without breeze. There were plenty of fabulous non-target birds to see. But its December now. And maybe I’ve been doing this thing – mostly solo, for too long. Spending a few days back home from time to time this year (I think the tally is now 5 short trips to Australia) has probably made it harder – I know I didn’t want to get on a return flight last time.

There are some exciting things going on back at work, and I admit, I’m beginning to count the days. But my chief fan and critic, and co-conspirator in all of these activities – Tim, has threatened me with a knuckle-sandwich if I pull the pin before the proper end of the year. Motivation enough. But tomorrow’s another day – and whether or not I find a Nutting’s flycatcher, the aim is to be there -in both body and spirit for the experience. From there I’m going to head back to Alamo Lake, though its beginning to look as if the Blue-footed Booby mission will be chalked up as another ‘experience’, since the truth is that there have been no sightings now for a full three weeks. Maybe Florida after that? 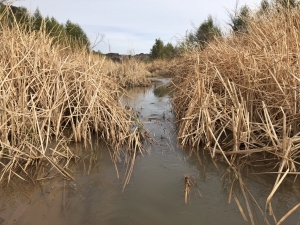 Like yesterday, I found that the easiest way to travel was creek wading. Today I managed to not fall in and drown my camera. 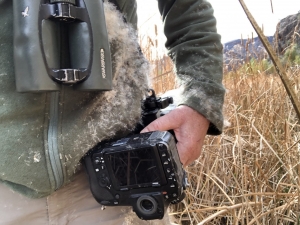 This is what happens when you walk through cattails. On one occasion yesterday I partially inhaled the exploded contents of a cattail when I hit it with my face. 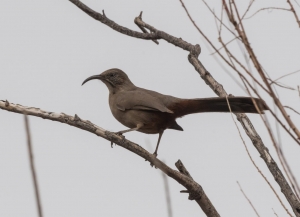 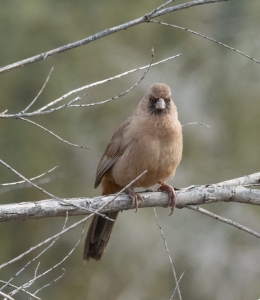 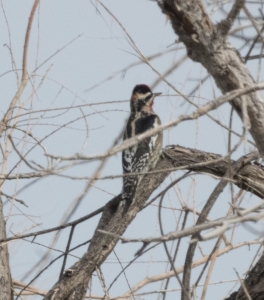 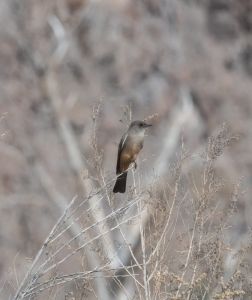 This Say’s Phoebe was the closest thing to a Myiarchus Flycatcher I could muster. 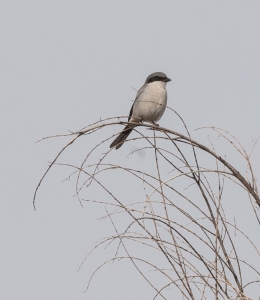 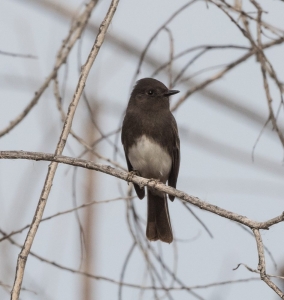 Going where the weather suits my clothes

Arizona innings over
Scroll to top