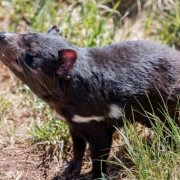 It was a nice reprieve to go home for a few days, primarily to participate in the semi-annual Aussie Ark Gala night (last night) after a fantastic helicopter-assisted visit to ‘the Ark’ earlier in the day, with project boss and best friend Tim Faulkner, and Dr Wes Seacrest, CEO of Global Wildlife Conservation, and long time supporter of our projects.  GWC President and equally good mate Dr Don Church had spent a few days at the facilities with Tim and Aussie Ark team prior to my visit, and both were VIP participants at the Gala Dinner. Following are a few images that hopefully capture the buoyancy of the groundbreaking conservation initiatives of Aussie Ark. There are some super-exciting developments in our mission – that I can’t wait to talk about. Maybe in a couple of more weeks, fingers crossed!

HOWZAT?! A pickup (literally) at Erina, near my home, for Tim and I for a one-hour direct flight to Aussie Ark – which is normally a five-hour drive for us, way up high in the Barrington Tops World Heritage area. 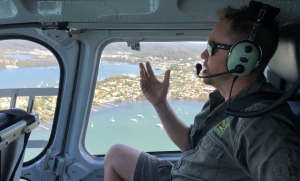 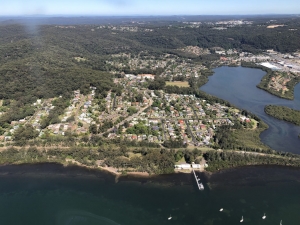 My town – Gosford! Or a part of it, at least. This is about 50 miles north of the greater Sydney area. 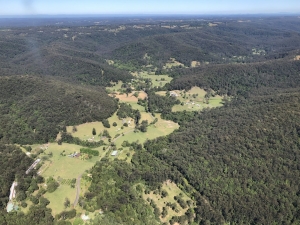 My home valley! I could almost see my place as we flew north. Its tucked away up one of the rainforest gullies in the upper middle part of this shot. 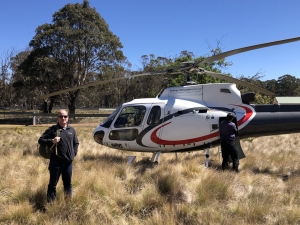 CEO of Global Wildlife Conservation (GWC) Dr Wes Sechrest upon our arrival at Aussie Ark. Wes, along with GWC President, Dr Don Church have been pioneers in the development of many, many successful conservation initiatives all over the world, and have been friends, and great supporters of Aussie Ark for a number of years. 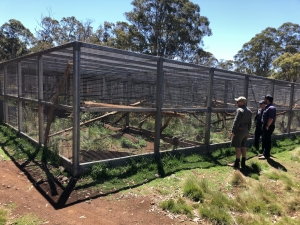 Aussie Ark breeding pens for Eastern Quolls – a species that became extinct on the mainland of Australia for the usual reasons – cats and foxes. We are producing large numbers of Eastern Quolls in association with the return of this ferocious little carnivore to the Australian landscape. 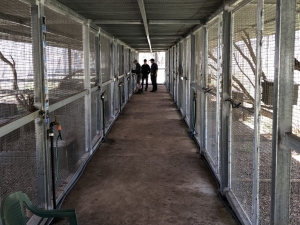 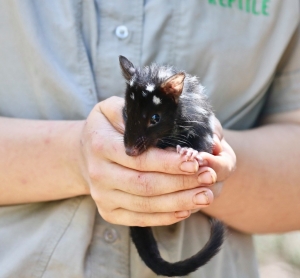 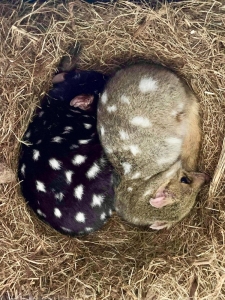 A breeding pair of Eastern Quolls – sporting both of the common colour phases. Neither seemed concerned about the intrusion into their daytime roosting box. 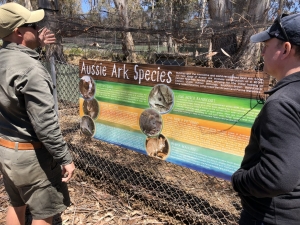 Wes got to see some of the improvements to Aussie Ark since his last visit two years earlier – much of these made possible through the ongoing generous support of GWC. 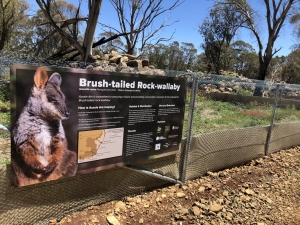 Fairly recent addition to the breeding facilities. The surrounding larger sanctuaries are seeded with strategically bred marsupials of a range of species that once occurred in the region, but are now either entirely, or almost entirely gone. 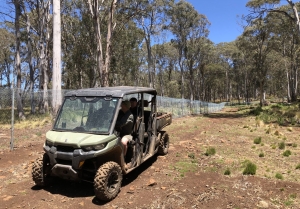 The newest sanctuary is fairly large – one mile x two miles. Until recently, the only means of inspecting feral animal-excluding fences was by daily drives; now keepers fly a drone around the perimeter with far greater efficiency, and can at least superficially inspect the sanctuary each day with spectacular ease. 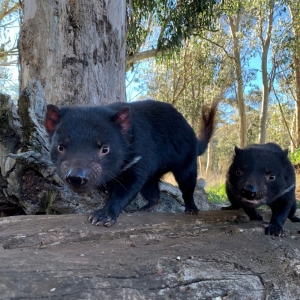 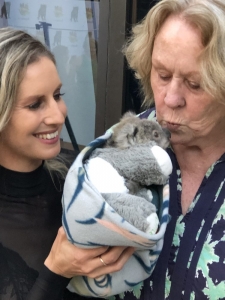 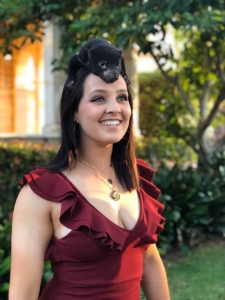 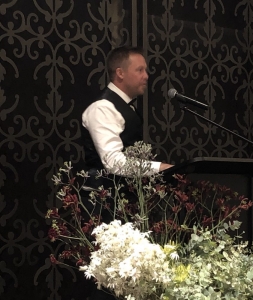 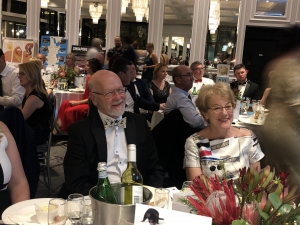 Robyn and I were lucky enough to have Rick and Terri Shine at our table. Professor Shine AM has been one of Australia’s most-cited scientists for decades. He is one of planet-earths greatest herpetologists, mentors (the Shine lab typically has 8 or more PhD and post-Doc residents). I count myself very lucky to have counted Rick as a close friend for over 30 years. His support of Aussie Ark is typical of his and Terri’s thoughtful support of our varied activities, including the very strange ones, over the past decades. 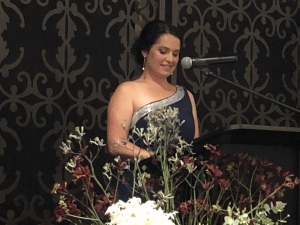 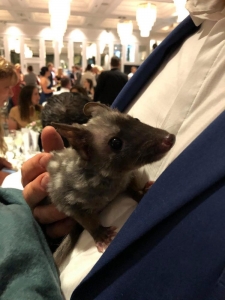 Guests had the opportunity to mix it up with representatives of many of the marsupial species being bred for reintroduction to the ecological ghost towns that typify the damaged ecosystems of the Australian mainland.