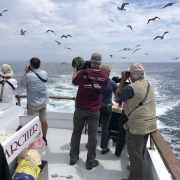 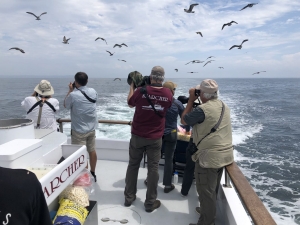 Guadalupe Murrelet is a tiny member of the Alcid group of 24 species concentrated mostly  in the waters of North America. It is confined to the nutrient-rich California Current, where it holds the unfortunate distinction of being one of the most threatened seabirds in the ABA area. Threats include feral predators, oil spills, and the degradation of its prime breeding grounds on namesake Guadalupe Island – about 300 miles southwest of San Diego. Feral goats have extirpated the tussock grasses beneath which the murrelets previously excavated tiny burrows to lay two eggs, sheltered from the sun.  What a mess. Like most people I meet on the road, I can’t but feel a churning anxiety about the future of nature. It’s a fine line between the joy of experiencing the best offerings of Planet Earth, and the painful awareness of its future. At best the search for earth’s life treasures is exhilarating – at worst I get the temptation to chuck it all in and take to a less rocky road – like maybe stamp collecting or restoring old cars.

Guadalupe Storm-petrel is one of three closely related species, all of which are confined to the California and Baja coastal areas, and all of which are endangered.  I’d seen one of these – Scripps Murrelets during my earlier California pelagic birding efforts in the year, but would rely on the annual Searcher ‘San Diego five-day’ trip for a shot at both Guadalupe and Craveri Murrelets.

I’d missed the Searcher trip in 2016, chosing – poorly as it turned out, to stay the course in Gambell hoping for favourable Asian vagrant-laden winds that never came, and was totally pumped for this year’s – 6 September trip. And my expectations were met, and exceeded. The Searcher Natural History Tours outfit is one of the best ectotour operators I’ve ever encountered. The trip on comfortable 95′ Searcher was a total joy – plenty of room for the 22 punters, 4 leaders, and 4 crew, and the meals – five per day if you count morning and afternoon meal-sized snacks was restaurant quality. I already knew a half-dozen of the birders, and two of the leaders. I made lots of new friends and especially loved hanging out with the four leaders – who were unquestionably the most enthusiastic birders on board – Todd McGrath, Dave Povey, Dave Pereksta and Adam Searcey. 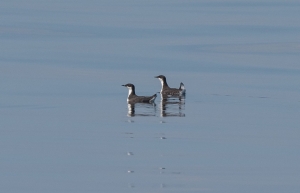 Craveri’s Murrelets. It seems that Murrelets are only found in pairs or multiples of pairs. This is a tough bird to find in the ABA area, and I was relieved that we found them early in the trip – before the onset of heavy fog, and while seas were still smooth. 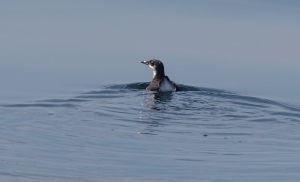 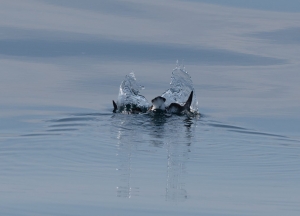 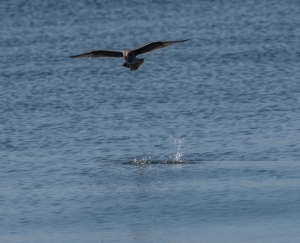 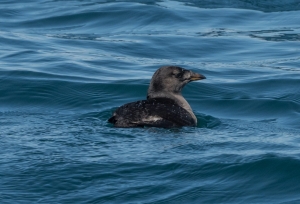 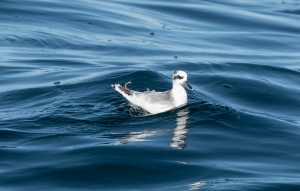 We saw plenty of Red Phalaropes during the trip. 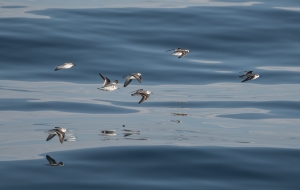 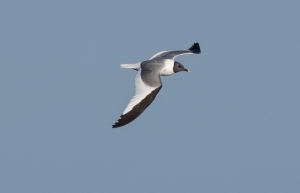 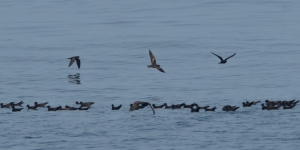 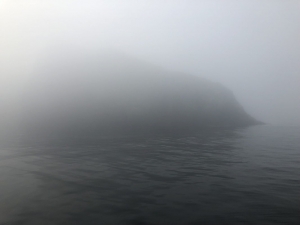 Socked in by early morning fog, we were unable to see the ‘secret booby colony’ on the Channel Islands, California. We had a ‘maybe’ Blue-footed Booby sighting as a booby flew into view briefly, but nobody was quick enough on the draw with cameras to be sure. Damn! 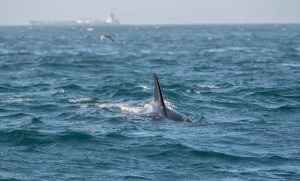 Female killer Whale. She and her male partner killed something big and greasy near the boat – perhaps an elephant seal. We saw a few meaty chunks, and the resulting oil slick immediately brought in a surprising number of storm-petrels and shearwaters. During the trip we saw many Common Dolphins, several Blue Whales, Minke Whales and a rare Brydes Whale (surprisingly pronounced ‘brutus‘). Also rare Guadalupe Fur Seal, Elephant Seal, California Sea-lion, several Ocean Sunfish, a large bill-fish, and a big Mako Shark. 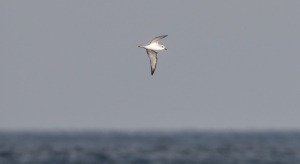 Cook’s Petrel. Sweet! We broke the trip record for Cook’s – racking up a count of more than a hundred of these Code 3 rarities. 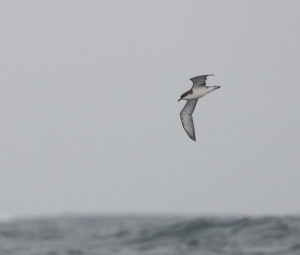 Buller’s Shearwater – a bird I’m familiar with from Australian waters, and one I needed for my year-list. 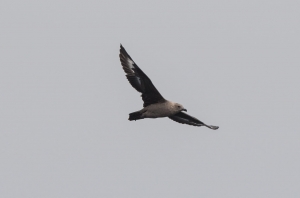 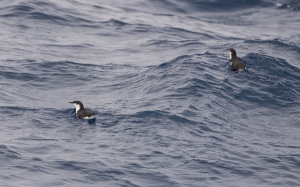 One of my most-wanted ABA birds this year: Guadalupe Murrelet. Todd McGrath somehow spotted the tiny pair well off the boat’s port side, before the entire group erupted into chaotic excitement and prolonged warm satisfaction. Strange crowd really. 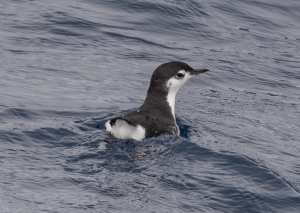 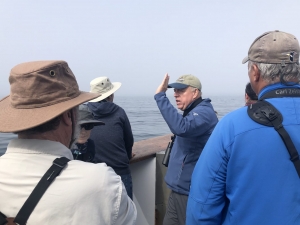 Trip leader Todd McGrath swearing allegiance to the sea. Todd is a fascinating character, high on the US corporate ladder, with a sharp eye for seabirds. I completely missed the pair of Guadalupe Murrelet that he alone spotted. Laura Keene had suggested that I stick to Todd like glue, as he was the guy likely to catch glimpses of birds mere mortals might miss. Also in frame, barely – because he’s the size of a pro basketball, is Dave Pereksta – also a fantastic seabird talent, and also a great guy! Was so good to hang out with these guys and others throughout the adventure. It was especially fun to spend time with San Diego seabird legend Dave Povey, another tour leader, and impossibly considerate and generous individual. 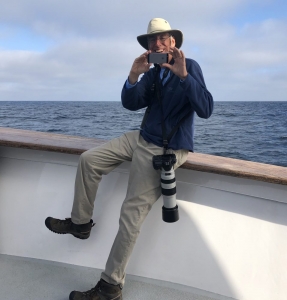 Jordan Roderick! We’ve shared great adventures on Attu voyages, where Jordan proved able to inform spellbound groups on any subject imaginable. He is a walking encyclopaedia and a great guy to boot. 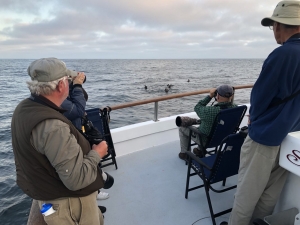 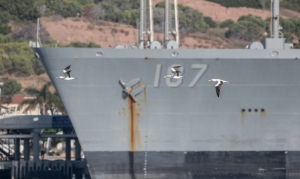 Best three hours of ABA birding ever? Might just be.
Scroll to top